Waiting to Be Found

One glance is never enough. The first time your eyes alight on something, you may see a flower. In the second go-around, the dancing fairies inside the petals take you by surprise. You missed them the first time; but were they really there? That's the way the mind, imagination and magic work in the world of artist, Margreet Wielemaker-Postma. 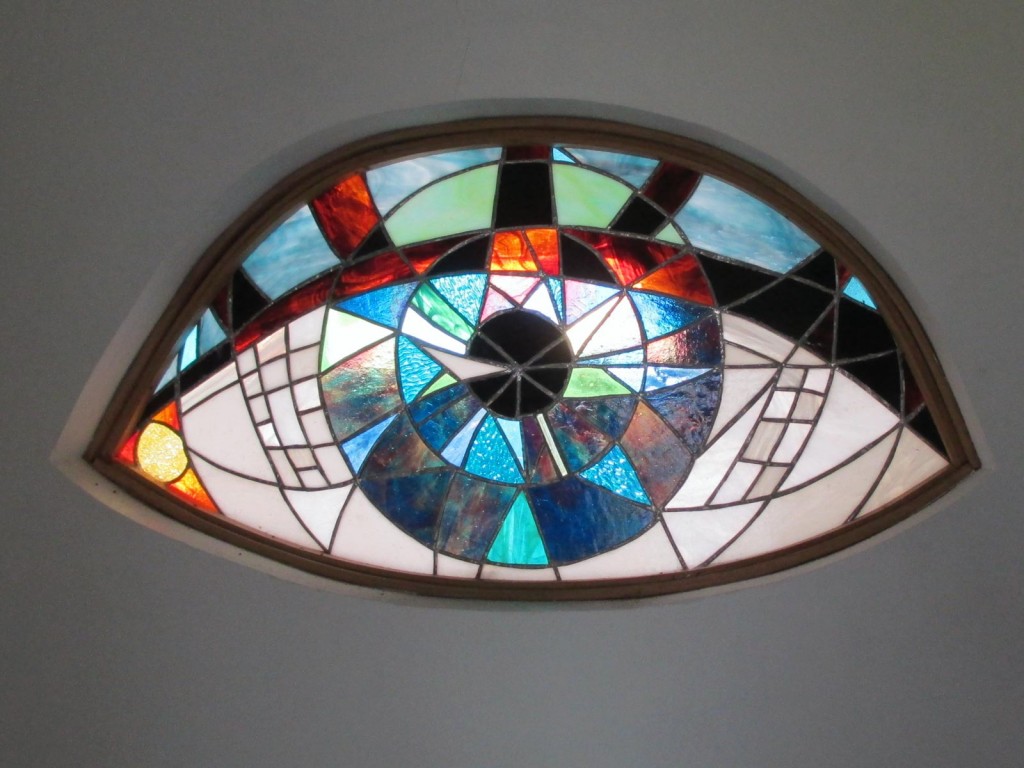 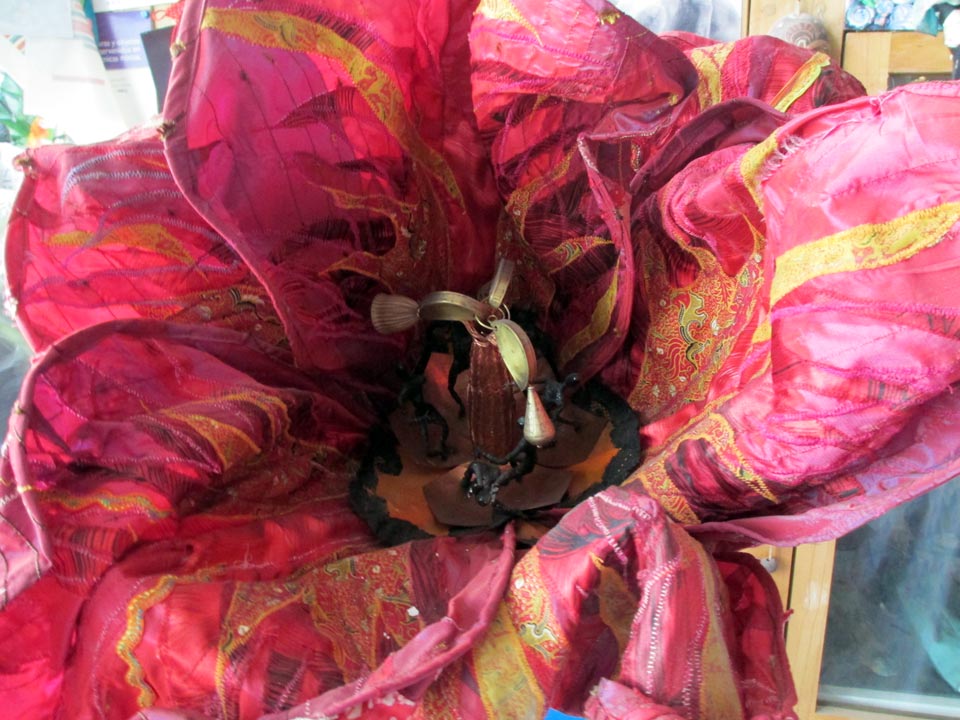 One glance is never enough. The first time your eyes alight on something, you may see a flower. In the second go-around, the dancing fairies inside the petals take you by surprise. You missed them the first time; but were they really there?  That’s the way the mind, imagination and magic work in the world of artist, Margreet Wielemaker-Postma. There one minute, gone the next. Only to be replaced with something ephemeral and other-worldly. Margreet gave my daughter and I a peek inside her home and studio this week, located on top of a beautiful mountain in Escazu, Costa Rica, where we were able to experience the magic for ourselves. 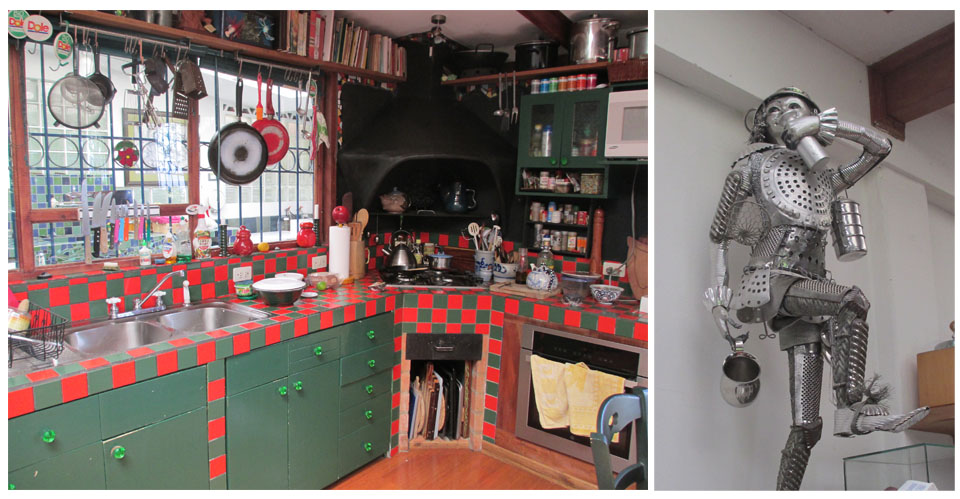 Coming face-to-face with Wonderland is always a nice surprise, and this is the feeling we got when we first walked into her cozy house with the enormous view.  If the Mad Hatter and Willie Wonka were roommates and had an actual residence in Costa Rica, this would be it. It’s the kind of space that tickles your sense of wonder, and compels you to check behind your shoulder to catch the little people hiding in the corner. The unique ambiance of her home and studio are not an accident:  it is a reflection of the favorite part of herself–her way of staying in touch with her own wonderful madness. “If you are lucky enough you might find something really cool. You have to believe in it, too,” she says.

As an extension of this philosophy, all of Margreet’s art is three-dimensional. “There is nothing in Art Depot for me. Paintbrushes are a necessity but it doesn’t excite me,” she says. What does excite her?  Treasures in a garbage heap, trinkets collecting dust in the attic, all the goodies in your average junk drawer.

Lost things waiting to be found. 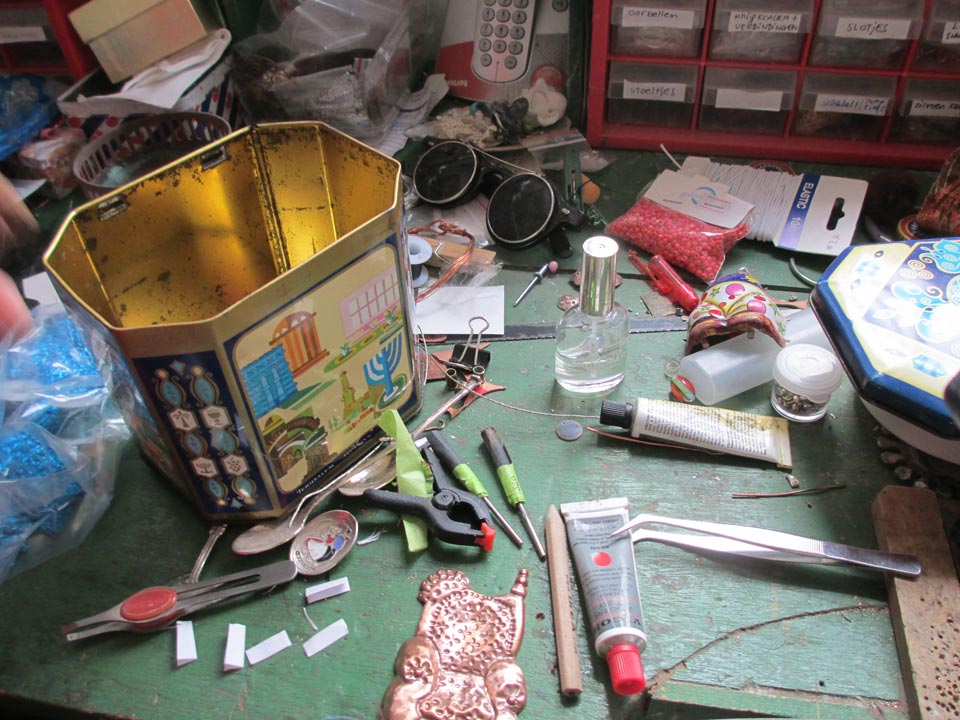 Growing up in Holland, Margreet’s family was always making things at home. “Everyone in my family made things, but I am the only one who continued doing it.”  A tall, thin woman with a square jaw and a straight-forward manner, she admits that her art sometimes flows from a part of herself she is still exploring. A part that still surprises and delights her. Being raised in a family that placed a high value on practicality, she continues to struggle between the values of her childhood and her need to be in touch with the wild place in her soul that allows her to create such fantastical art. Indeed, a part of her wishes she had cultivated the uncharted, creative side of herself much earlier. “Nobody ever told me I was really good at it. I think people should be told when they are good at something. They should be told that it is their gift,” she says. 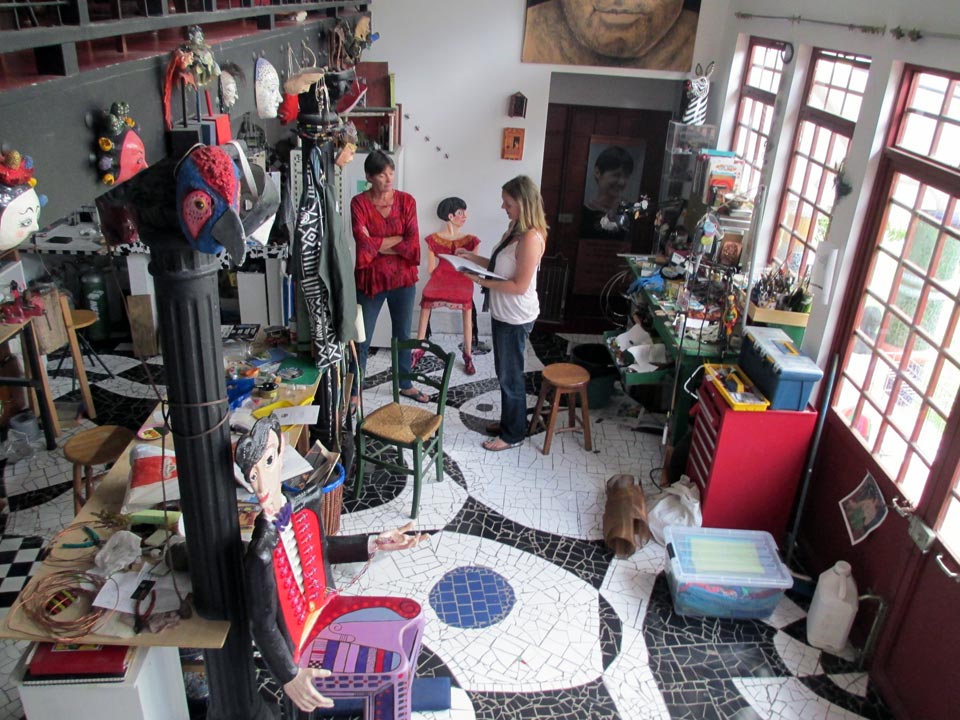 She confesses that living in Costa Rica for 34 years has allowed her to cultivate her talent in ways she didn’t entirely expect. “I could never have developed my art this way in Holland. There, my art would have been much more…conservative,” she says.  Living in the land of “Pura Vida” does tend to have interesting side-effects on people. 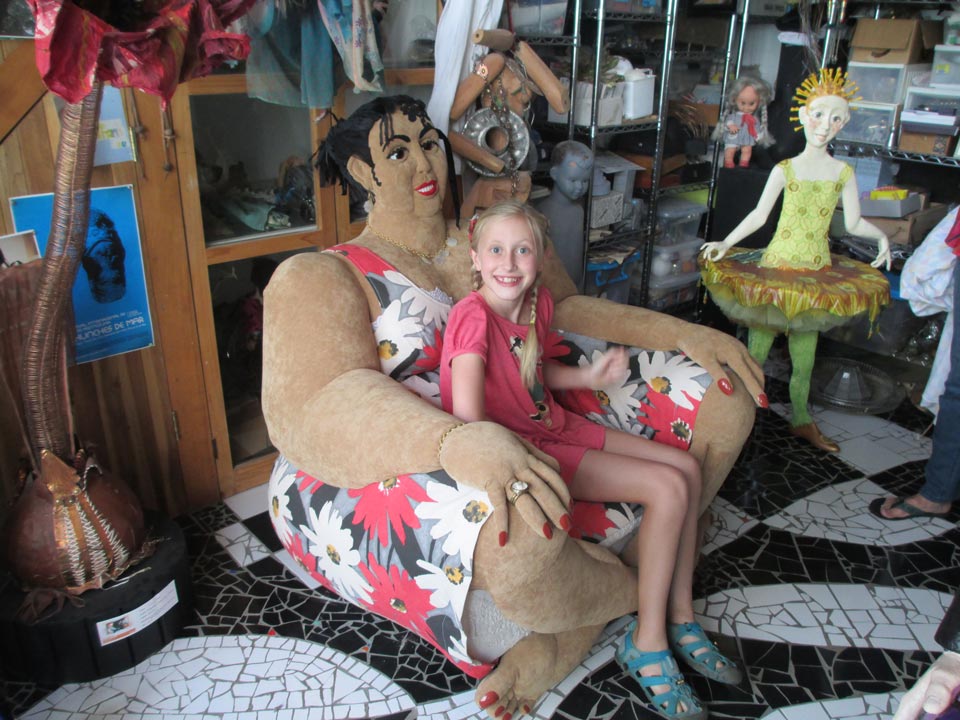 Fascination with a particular genre of work becomes an obsessive ride and whirlwind of creativity for her, and when she starts on a project, she can’t stop. Nor does she want to. As my daughter, Maya, was inspecting one of the dollhouses in the studio, Margreet asked her, “Do you know what’s wrong with it?” Maya leaned in to get a closer look, trying to find a fault in the perfect little house.  Maya shrugged. “It’s all done! Now I can’t have my hand in it anymore!” says Margreet. Just a few moments earlier she was explaining her grand plan for building a three story dollhouse, open on all sides with a tower in the middle. I have a feeling she will have her hand back in it soon enough. 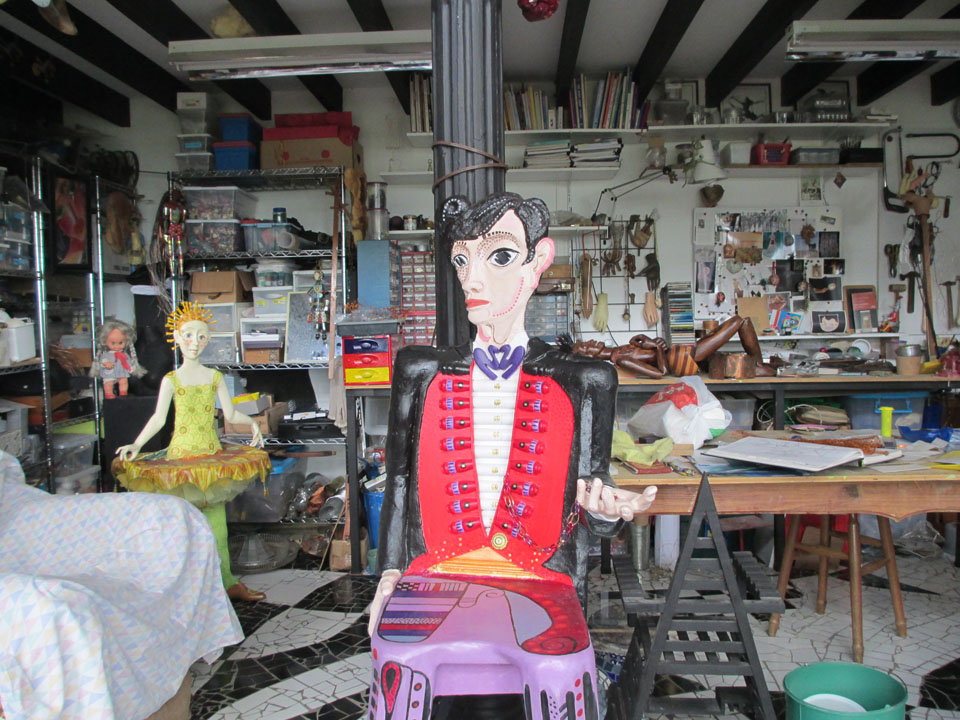 These days, her creativity finds its voice in jewelry. Each one-of-a-kind piece stands alone and tells its own story. There are the pea pod earrings, the ring shaped like an old-fashioned bed, the necklace of two dainty hands holding a handbag. 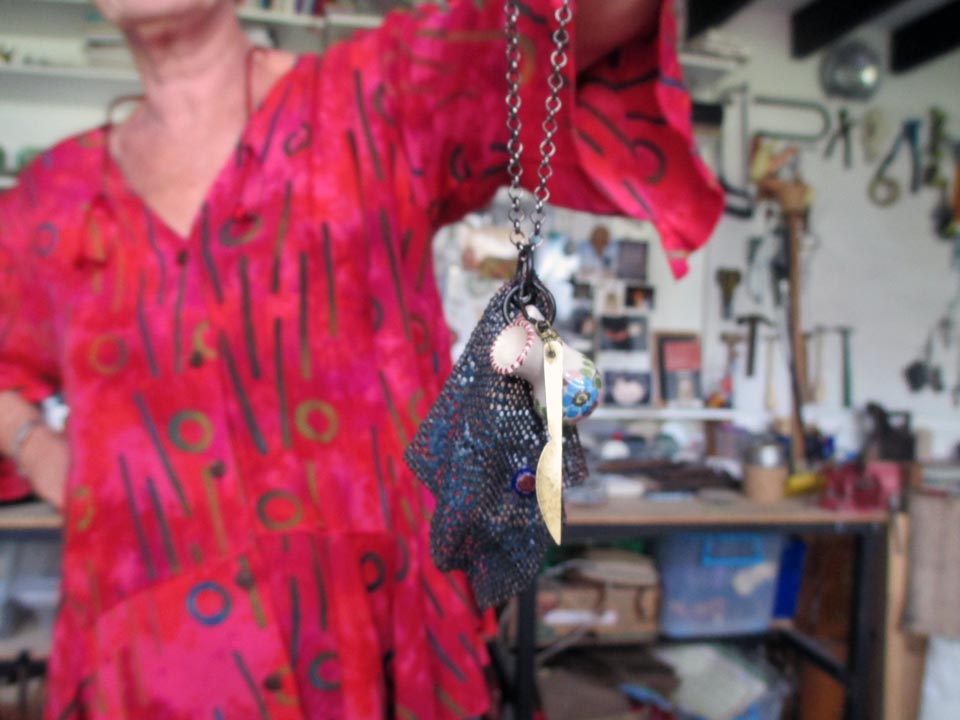 Of all her art, Margreet’s favorite piece is the playful wood carving in her living room–a lady in a bathtub. “I started making her on 9/11. I made the first cuts on her while listening to the news,” she says.  Margreet explains how she started with an idea, but had to “listen” to the shape and feel of the wood while working. “She is in there, you just have to get her out. The process is exhausting and exhilarating at the same time.” I asked if the sculpture was named “Lady in the Bathtub.” “Yes, I think so,” she responds. Apparently, the lady in the bathtub doesn’t like to be pinned down with anything as common as a name. 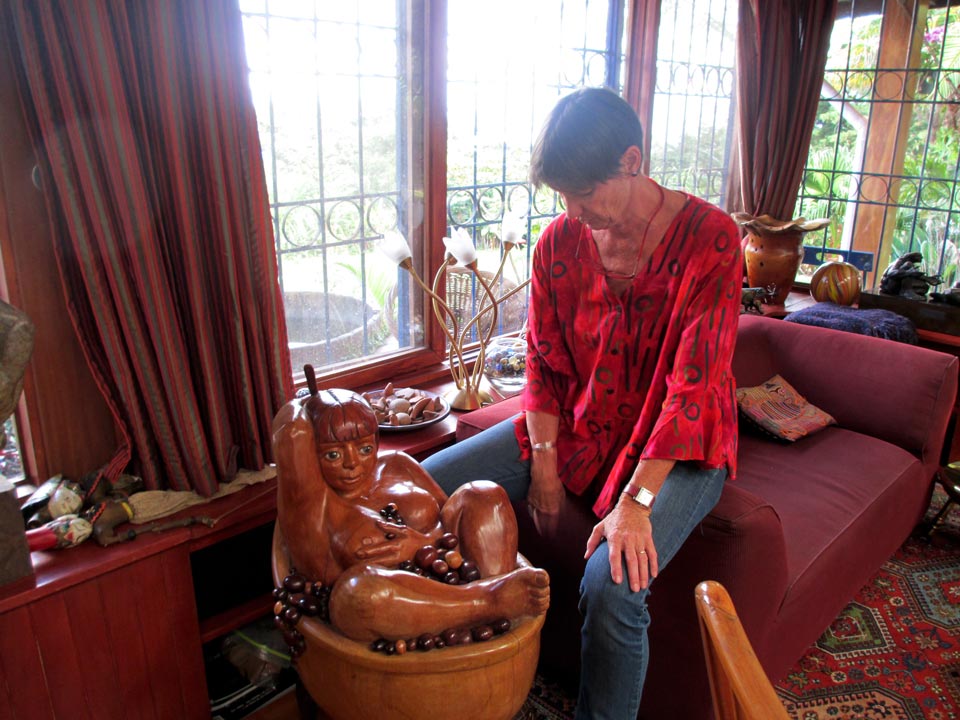 If her art lacks a name or “puts people on the wrong foot,” as she explains, then it is doing what she wants it to do, and she makes no apologies.  In fact, some people are disturbed by her work. Those who have closed off a part of themselves. Those who have closed the door to the magic they believed in as children.

Those who are no longer searching for lost things.

“If you look fast enough, you will see elves in the garden,” she says. And, in this place, at this moment, we believe. We really do.

About the author: Hollie Niblett is a freelance writer and content strategist at Maya Creative Group.

Do a Huge Volume of Work

Ira Glass on the creative process: A video.

A Communication Strategy for Work and Marriage

Learn the communication strategy we use to create a healthier marriage and create better results for our clients.

Hop Aboard the Motivation Train

After moving to Kansas City from Costa Rica, I’m challenging myself to a reboot on the productivity and creativity front. Come aboard and take this ride with me if you dare.